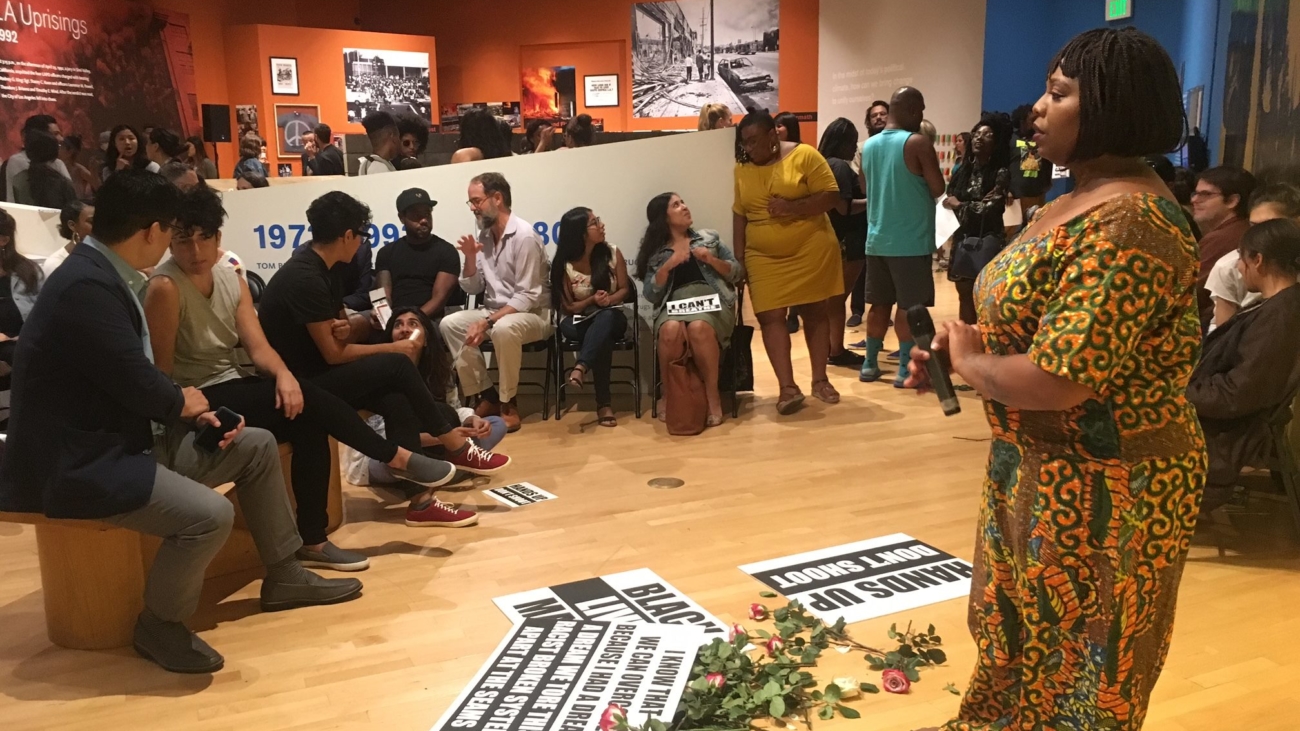 In August 2017, two weeks after the attacks in Charlottesville and on the 226th anniversary of the Haitian revolution, Patrisse performed “Remembering ’92,” a moving tribute not only to lives lost and movements sparked in the 1992 Los Angeles Uprising, but also to revolutionary Black people fighting oppression and building power throughout history.

Taking place at the California African American Museum among their No Justice, No Peace: LA 1992 exhibit and with the musical accompaniment of Kimya Dawson’s “At the Seams”, Patrisse led a solemn funeral procession before using her body and a collection of protest signs to express a series of other events and emotions.

The performance was followed by a Q&A with Patrisse and the exhibit curator Tyree Boyd-Pates. 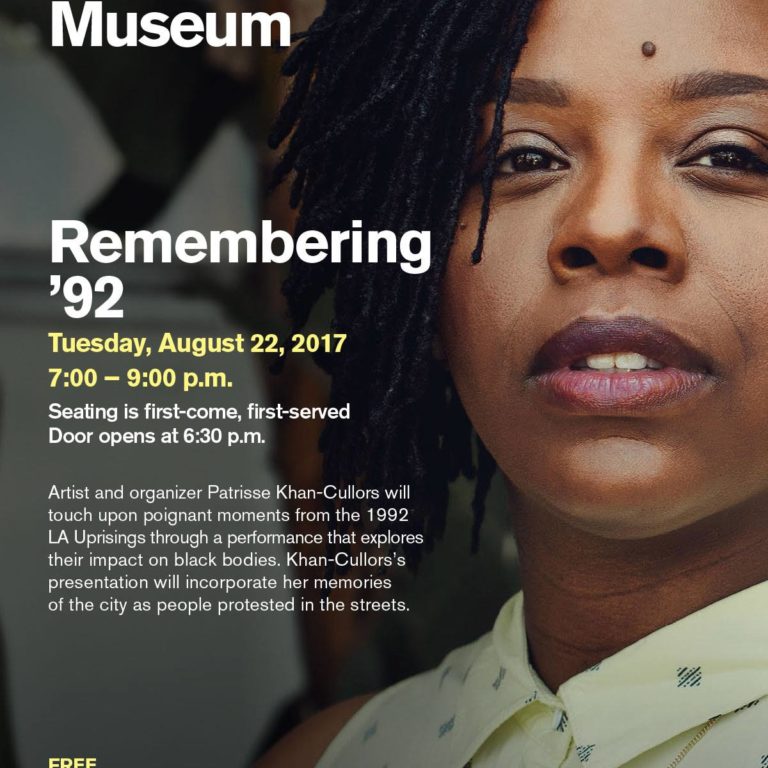 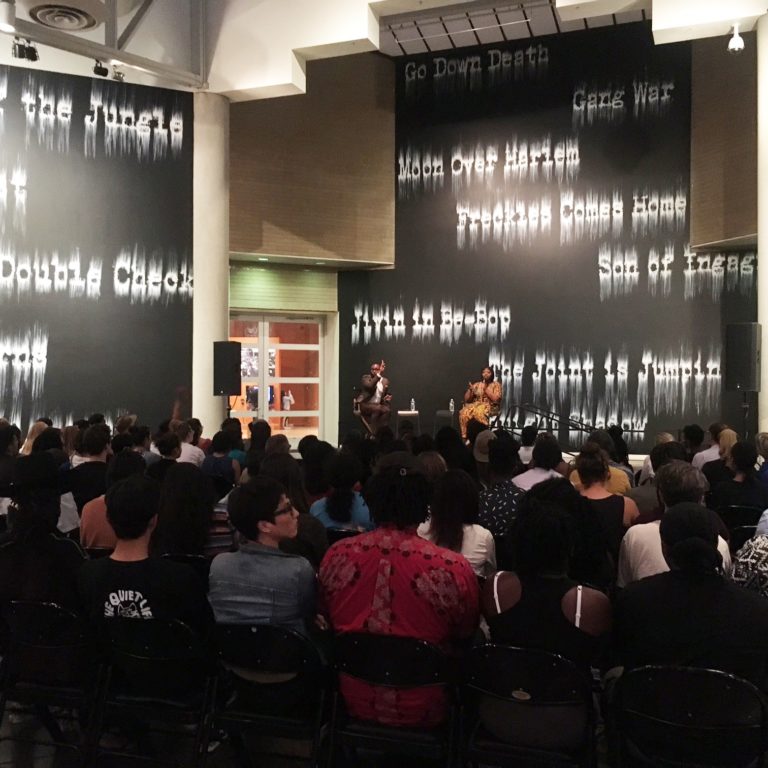